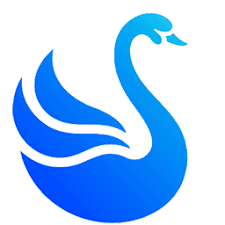 SmartGaGa is a free Android emulator that can help you to run Android apps and games on a PC. You can enjoy your favorite games on the big screen. There are some emulators that don’t use virtualization to render Android applications. You will found the SmartGaga that works well on all computers and hardly takes up any system resources. The lightweight app is powered by the Turbo GPU technology and the Titan game engine—thereby offering smooth gaming performance every single time.

It is available for Windows 64 bit. If your PC has low specifications, then install the 32 bit OS and enjoy the SmartGaGa 32 bit on your OS as well.

So far there are several Android apps and games that are so popular around the globe and some users wish to enjoy them on big screens like PC or laptops.  Nowadays there are several gaming PCs that you can use for specially gamming. Android emulators are specially made for Gaming PCs.

Don’t worry you can always install any Android emulator on a simple OS like a desktop. No matter what requirement you have, you are sure to find an app that does the work. The same goes for mobile video games. However, to run some of the best Android apps in the market, you require high-end smartphones with considerable RAM. In case that’s not a possibility, an Android emulator can help.

Android Emulator is a software that lets users run Android-based applications on computers. SmartGaGa is one such Android emulator that offers this feature and additional tools to make emulation easier. The one difference between SmartGaGa and other emulators in the market is that the former doesn’t rely on virtualization technology. Instead, it uses its own Titan engine to run apps effortlessly on any computer with 2GB memory.

SmartGaGa is absolutely free so you can install it on your system.

Is SmartGaGa for low-end PCs

It will also support low-end PCs. Like if your PC has low RAM, Processor, or hard drive, then you can choose SmartGaGa as an emulator.