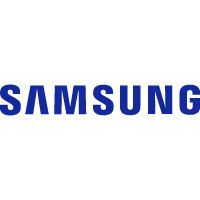 
You have visited the page for downloading the latest setup of the Samsung FRP helper. Basically, the tool lets you remove Google account from your Samsung Android phone if it has been reset. On the off chance that you are condescending in a comparative screen like the one given beneath then, you are in FRP Lock on your Samsung Galaxy Android Smartphone. FRP lock implies Factory Reset Protection which is another security highlight on android phones. There are several FRP lock remover tools in the market.

Once FRP is initiated, it squares utilization of your Galaxy cell phone after an industrial facility information reset, till you sign in utilizing a similar Google username and secret key you recently set up on it. On the off chance that you would prefer not to experience any of these, simply evacuate the Google account before making a plant information reset. In the event that you have the most recent Samsung gadget, at that point chances are that the principal technique probably won’t work.

This is on the grounds that it misuses a proviso in Samsung gadgets which was later corrected. Try not to stress, you can even now sidestep Google account on Samsung with Realterm. Before you continue, simply ensure that the SIM card on your phone is expelled to get ideal outcomes. Each cell phone accompanies a lot of inherent security includes that it ensure its substance in the event that the telephone is taken or lost.

The burglar won’t simply have the option to wipe away all memory and industrial facility reset your cell phone. FRP, which represents Factory Reset Protection was presented without precedent for the Lollipop form of Android telephones and has gotten a staple in all telephones now.

Samsung was one of the primary cell phone organizations to present the element. While the element is preferably an accommodating one if there should be an occurrence of your telephone getting taken, it is a torment when you are attempting to sell the phone or passing it down to your significant other, youngsters, or guardians. You clearly don’t need any other individual to perceive what you store on the telephone as it is a break of security. In this manner, you may think about how to sidestep the FRP lock from Samsung. Now get the latest setup of the Samsung FRP tool from this menu. The download links are available at top of the post.